I got acquainted with Shatterpoint Entertainment and the Rondina family at a conference recently, and picked up this DVD because my son loves everything associated with these miniscule building blocks–you know the ones. They linger after the lights are out, for the moment after bedtime vespers when all is sweet and peaceful, head on the pillow, kisses distributed, lights out–then the grunt and squall and the snicker he tries to muffle, and the warnings delivered through clenched teeth as I hobble from the room that there will be no electronics until his floor is spotless the next day. Yeah, I bet you have some of those blocks, too!

And I don’t know what I was thinking, but I even picked up some extra little pieces that would help him turn his block-people into Bible figures, with helmets, and capes, and weapons, (even though I knew those same weapons might attack me some dark night after I kissed his forehead and turned to tiptoe out of his room).

[quote]As a mom, I’m willing to endure the pain because I know that it takes thousands of blocks to inspire his creativity, something that Wendy Rondina knows well.[/quote]

After bringing her son home to school after his diagnosis with ADHD, and shedding many tears when he didn’t learn in a traditional way, Wendy learned through prayer to teach her son with what he loves. Turns out, he was inspired by lego bricks! They did math, reading, and storytelling with bricks. Eventually Anthony Rondina’s entire curriculum revolved around lego bricks!

When Wendy Rondina gave her children a school assignment to work together on a project, they created and filmed a stop motion animation movie and entered it in a festival created by Doug Phillips of Vision Forum. They had such a positive response to the movie that they were encouraged to make more. Now, homeschool graduates Anthony Rondina and Jessica Rondina have written, directed, and  created Jericho The Promise Fulfilled, their third film.

[pullquote_left]The photography is awesome, the film angles are superb, and the musical score by Dan Vitco rivals any movie you’ll watch this year![/pullquote_left]

I’m excited to learn more about Shatterpoint Entertainment, the company they created to promote this DVD, and their two earlier productions, Wars of Humanity I and II, the stories of the Hebrew Exodus and the 40 years of wandering in the desert. And now the Rondina Family is creating a year long curriculum for ages 10 and up on How to Animate.

And they are donating prizes to our Summer Writing Program and the Fable Writing Contest!

Would you like to win your own copy of the Jericho The Promise Fulfilled DVD?

You can get additional entries by liking the Facebook pages and following some new friends on Twitter.

Shatterpoint Entertainment is not associated with LEGOS®. 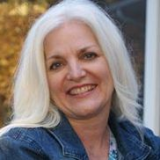 Shari Popejoy, wife of twenty-eight years, mother of three, founder of a local co-op for hundreds of homeschool children, author of seven books, and creator of Won Without Words (a blog of encouragement for wives) lives in the quiet country of the Ozarks where she enjoys writing surrounded by nature (and her children, of course). She is currently completing Volume V of the Livingstone Library, an adventure series for 'smart' kids, which features characters with character, and underlying allegorical spiritual truths. She enjoys high places and the road less traveled, and moments when all is well, and peace permeates like a fragrance. . .oh, and chocolate, fresh fruit and veggies, and early morning sunrises. Read her blog at WonWithoutWords.com.

Fun Stuff
How To Read a Book to Children